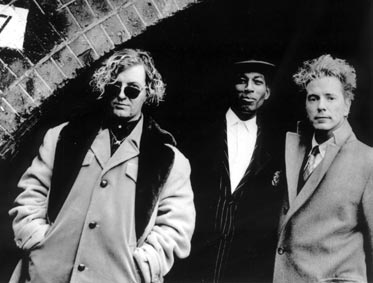 BBC Radio 2 have gone and made an excellent documentary about one of my all time guitar heroes. Former Magazine/Banshees/PIL guitarist John McGeoch.

McGeoch was the credible gunslinger of post punk and his influence can be heard in the playing of guitarists as diverse as Steve Stevens/John Frusciante/The Edge/Jonny Marr etc etc. He
influenced much of my own style with his work on Magazines The Correct use of Soap and the Banshees Ju Ju Albums.

His main instrument of Choice was the ultra Modernist Yamaha SG1000, combined with Marshall JCM & Roland combos, he also loved kicking in an MXR Flanger and digital delay from time to time.

McGeoch died in 2004, his widow and daughter survive him.

Listen to it here