So here we are, quite a few months into the “worst recession since the 1980′s” or biggest “economic crisis since the 1930′s” as described by various media outlets intent of frightening us all. 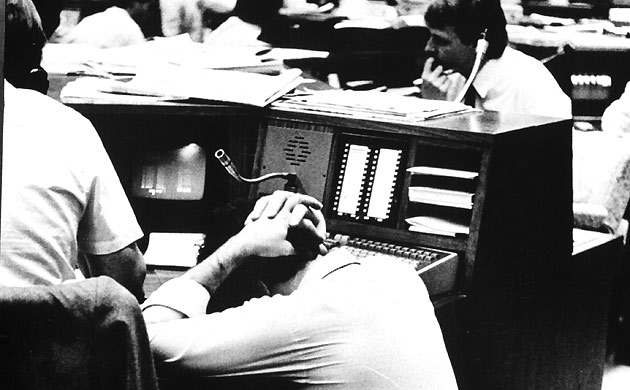 Are we having fun yet?

From this guitarists perspective several interesting things have happened in the last few months.

In terms of the wider economy and currency markets both the Dollar, Euro and Yen have risen sharply. So prices have gone up across the board, most horribly is the now near 20% rise in the value of the Yen, which has basically made grey importing a Japanese Fender or other far east exotica (ESP/Burny/Caparison etc) uneconomically viable. The unofficial Clapton type J-craft Strat I’d finally set my heart on (I was still gonna replace those nasty small frets with Dunlop 6100 fretwire though) was suddenly going to come into the UK for near £750 used as opposed to £550, so that idea was quashed finally.

It didn’t get much better thanks to the rise in the Euro, although its now dropped slightly, suddenly all thos nice deals on Thomann.de suddenly looked very unaffordable. In April a Fender Richie Kotzen Telecaster was near £1200 as opposed to just under a grand previously, its now just over a grand….ouch!

The drop in VAT to 15% seems to have made didly squat to guitar prices as many companies announced large price hikes in January 09 and the currency markets cancelled out a lot of this. So saving £30 here and there on a £600+ guitar really seemed meaningless.

What has suprised me was Ebay, the prices commanded on there seeemd fantastical, especially for used Gibsons, all of a sudden people were paying used prices that were virtually the new retail price a year or so earlier. From what I could see this was people in a feeding frenzy hoping to get a good deal, but really just supporting a fantasy land.

Back in March when I was looking to purchase a used Gibson SG I was amazed how many advertisers were trying to sell me a 2001-2005 guitar for around the £800-850 mark. At the time Gibson had raised the price of a new SG standard to £1199 and the dollar had affected this, however it soon dropped back down to £999 in most dealers. After browsing Gumtree for 3 weeks I found a totally mint 03 SG Standard in heritage Cherry for £650.00 so it appears some sellers are realistic.

In terms of Fenders though, things are now bordering on the ridiculous. American Standard Guitars have gone through the roof again and are obviously not selling as Fender are offering a free Fender Champion 600 practice amp if you buy one from them now….why not simply drop the price. Irrespective of currency values, that is the most automated guitar factory on earth. It shouldn’t cost so much.

But with Fender everything has gone up, the newish Mexican made “Road Worn” Strats are on the £800+ price point too. I tried one in Cologne in April and I thought the relic’ing was about the same standard as one of Trev Wilkinsons “Vintage” brand copies. It was ok, but not the best Strat I played, and fender have never gotten away from the “insubstantial” feel on their Mex Strats. i’ve tried the basses and they’ve always been fine. But for some reason I can always tell Im playing a Mexican Strat, whatever is missing, Im picking up on it.

So where does that leave the humble guitarist?

Well there is an upside…despite Soundcontrol going to the wall. I’ve noticed a slew of new independant guitar shops that have risen out of the ashes of the “Dixon’s of music retail”. In some cases these are new shops, in others, just smaller businesses that have expanded. But I see that as tremedously healthy for the british guitarist. As now there is less of a sense of monopoly out there,m which means shops can get on with being competitive, giving good customer service and all the other old fashioned shit that chain retailing scum like Soundcontrol tried to extinguish. In addition, not everyone is classified land is a complete idiot. There are some great guitar deals out there just waiting to be had. If you’ve got the cash now is a brilliant time to buy anything musical. Just as long as you do your research and avoid people trying to panic you.